Something about the rain. Yesterday was a wash in terms of art making.

Well, OK, I have to give myself credit for the following:

1. I put my finger on some resentment I have been carrying around. I don’t know what to do with it but at least I am saying, “I see you. You are there.” I didn’t try to mask it and play nice. It was not pleasant but there is something on the other side of this that will yield growth. Like the manure in the garden helping the flowers grow.

2. I gave a full Thai massage and received a Chi Nei Tsang treatment as an exchange with a fellow practitioner. During the Chi Nei Tsang, I received the flashes for at least three new paintings, in vivid color. When the images first appeared, they were totally new to me. At the same time, I knew they were things would be creating. So even though they were brand new, I also recognized them as my own (in the future). Whoa. That’ll happen during Chi Nei Tsang.

3. I sketched down those images as quickly as I could.

4. I ate clean and green food for dinner.

5. I made a background for one of the above images, which I completed today. 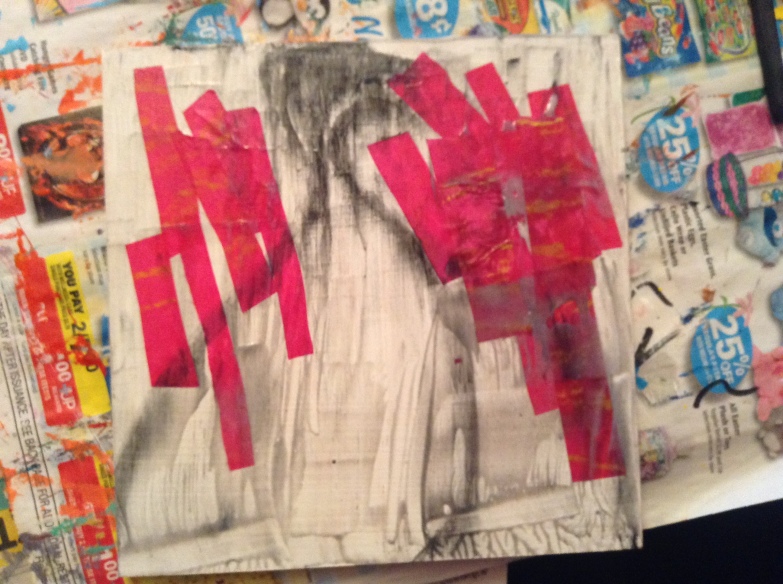 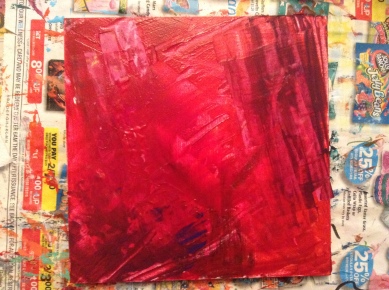 Realized the board was upside down. Applied layers of red, orange, magenta, and violet paint with a credit card. 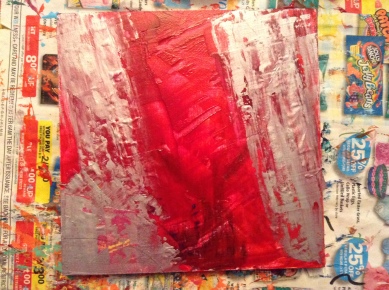 Silver paint over the tissue paper. 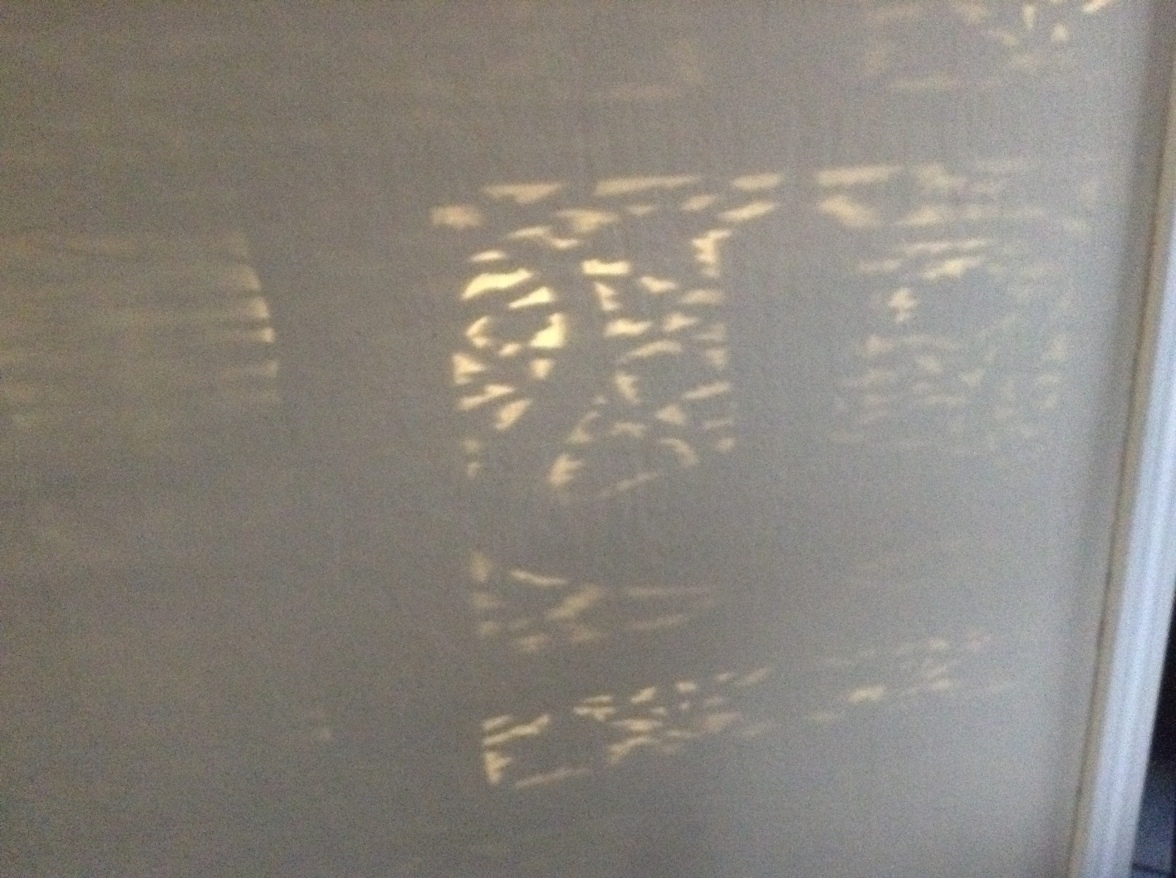 A shadow on the wall at twilight 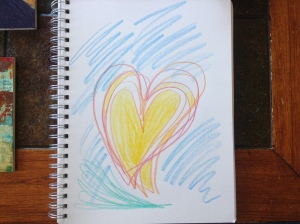 Art by the receiver of Thai massage.